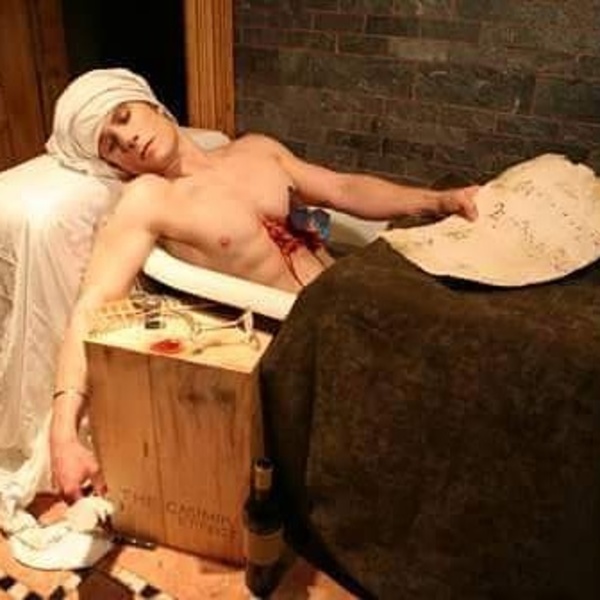 Shaken Child's singing poet Casimir was born a twin, unfortunately not raised by wolves like Romulus and Remus. Battling the archons since childhood, he sings freedom songs, battle cries and eviscerating love ballads. Critics have described his voice as “part angel, part earthquake”. He has worked with Michel Sauvage, who brought the world Cyndi Lauper and Jeff Buckley. He has also been produced by Gordon Raphael of “The Strokes” renown. Timothy Rusterholz, lead Cellist, resurrects both Bach and Beethoven, yet reveals the cello as a rock instrument with Shaken Child. Timothy is a Shaolin Disciple and Warrior Priest. Joe Rigby, Saxophonist, is an American Master who played with the likes of Milford Graves. Joe’s distinctive, powerful yet velvety tone, his emotional runs, are unsurpassed. Humberto Silva del Castro, Violinist plays with passion and clarity. Gabriel Garcia, drummer is the heart beat and foundation that secures the very firmament. Shaken Child is presently being produced by the Dr. Who of Music, Gordon Raphael.