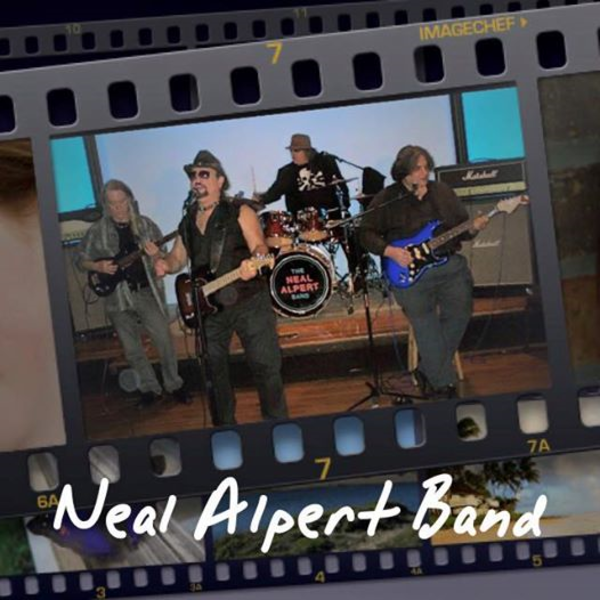 The Neal Alpert Band is a meeting place for a myriad of divergent forms of popular music. Rock, blues, country and personal vibes are the soul of The NAB’s original sound. Edgy, passionate and precise, this band from Brooklyn has garnered a considerable following with popular hit songs such as “Just Say No”, “Private Island” and “Please Tell Me I’m Wrong”.

Formed in 2008, The Nab uses its eclectic influences of Bob Seger & others to create pop and contemporary rock music. “I can see tiny pieces of myself in every one of my songs”, says Neal Alpert. The NAB benefits from having its members hail from diverse musical backgrounds. Neal fronted his own mainstream rock band.  Prior to The NAB, Neal played guitar in a number of bands and took a brief detour into commercial jingles. A consistent and rhythmic guitar player, Neal admires Duke Ellington’s musical philosophy: “It’s not what you play so much as what it is you refrain from playing”. “I contribute a spare but solid foundation on which the group weaves its collective sounds”, says Alpert. While Neal is the principal songwriter, all members contribute to the process. He can come in with a skeleton of a song and the others help him arrange it. Neal began as a lyricist/poet in the 90s and was with the DMZ and The Slugs.  He went back to composing rock/pop tunes, focusing more towards performing during this time. Listening response to The NAB is strong. The combination of their personalities and talents creates a unique energy, which manifests itself into their music & performances. Reliable, appealing, melodic, rocking - The NAB believes that you can’t fight fiction but you don’t have to live in it; and whether live or recorded, The NAB is about as real as it gets.

Neal Alpert – (Lead Vocals & Guitar & Song Writer)  Neal writes & produces all his own songs.
Guitardavid Catalano– (Lead Guitar, Vocalist, & Song Writer)  After The Beatles, music took on its own life for David. He writes & produces music for himself & others.
Kent Carter– (Drums). A multi- talented musician who plays with many NewYork area bands.  He lives through his music.
Paul Vincent(Bass,)  a 15 year Veteran.  A well-known bassist song writer on the international and NYC  scene who has played with several popular bands & fronts his own band